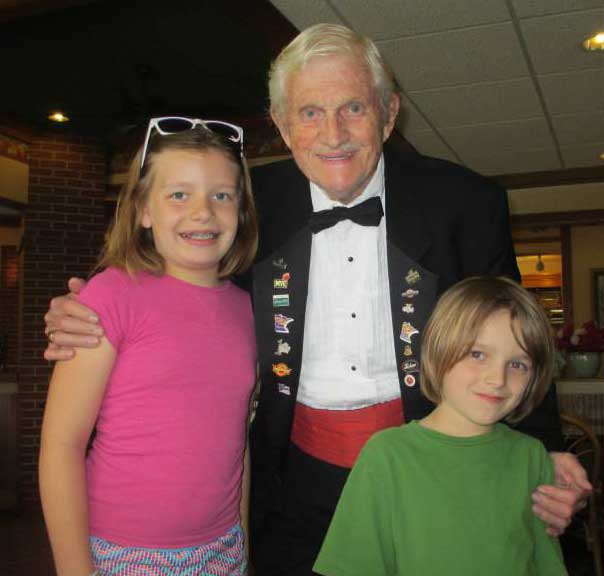 Bill Von Stocken who performed as “Darnay” and was a Twin Cities SAM, IBM (Merlin) and FCM member, died Tuesday, April 24, at the age of 91, four days after being moved to hospice care. His funeral will be held at 11 a.m. April 30 at Faith Covenant Church in Burnsville. Memorials may be directed to the Billy Graham Evangelistic Association or the Gideons.

Bill performed throughout the Midwest and on parts of the east coast. He was influential for many magicians in the Twin Cities, and was known for a theater behind a hidden door in his basement. Justin Flom shot this video of Bill’s hidden theater and some of his props.